Last year we had a family of foxes living on our farm. I managed to take a few photos of the kits and was privileged to watch them off and on throughout the year. This year they came back and this time she has seven babies, which is three more than she had last year. I've been watching them for several weeks now. They roam all over our farm and one in particular is very accepting of my presence. It has a decidedly crooked tail. He/she lets me photograph it and get quite close to it. The others in the little are more skittish and less accepting. Here are a series of photos from the first time we spotted them, until today. 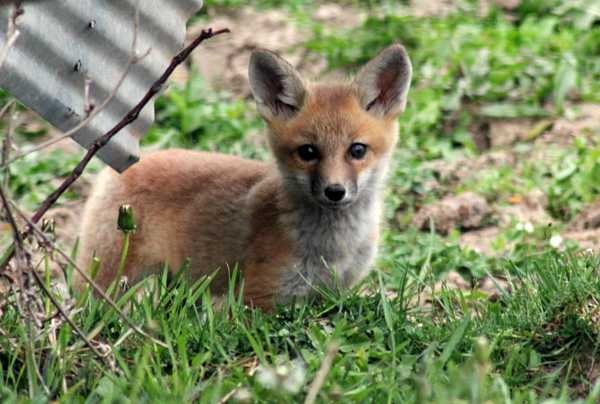 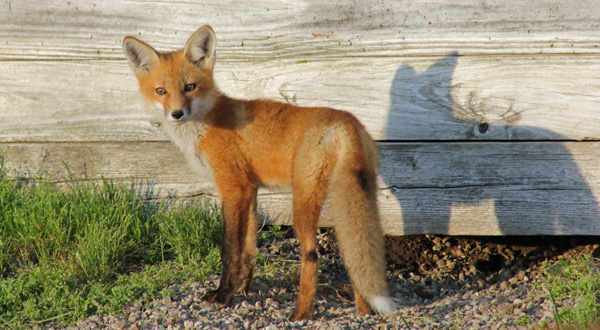 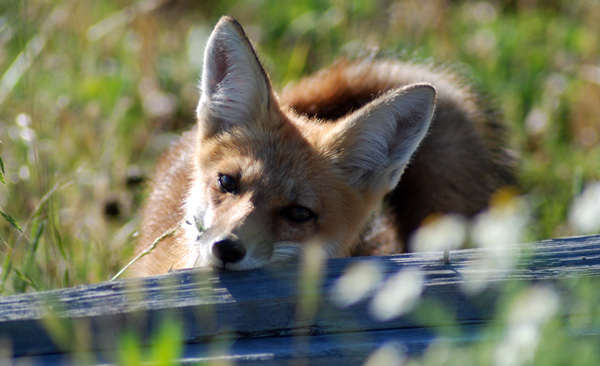 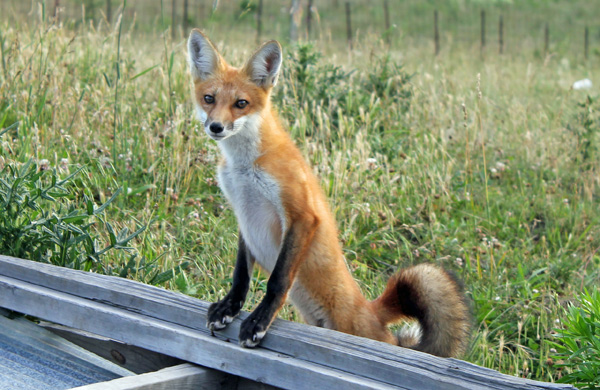 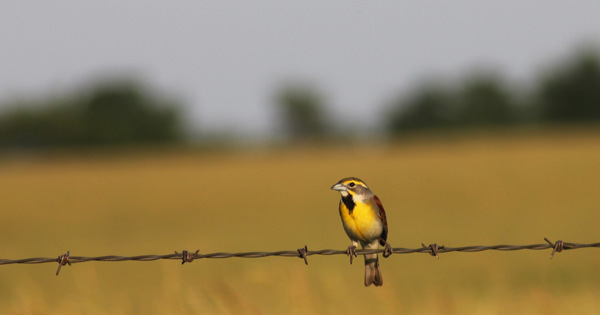 This beautiful little bird is a Dickcissel (Spiza americana), they are a common sight throughout the midwest during the late spring and summer months. These birds migrate back into the United States late in May or early June, which is much later than most birds returning to their breeding grounds. Dickcissels nest near the ground and typically build their nests in grassy meadows, prairies, or other tall grass areas. Males are very colorful and somewhat resemble Meadowlarks with their black collar and yellow breast. Females on the other hand are drab by comparison and look more like sparrows.

Dickcissels are fond of seeds and insects. In their winter range they may be a pest to grain
farmers because of their habit of forming large flocks and feeding on the grain seeds. Early in fall these birds begin forming loose flocks that gradually grow in number by mid to late fall. It is not uncommon for a flock heading south to contain millions of birds. It is this tendency to congregate in such large flocks that causes so much trouble for grain farmers in their overwintering sites. Venezuela is especially plagued with these birds, and consequently use poisons and other methods of ridding themselves of these birds. In the midwest breeding grounds, Dickcissel faces several additional threats: cowbird parasitism, the destruction of nests and nestlings by mowing machines, and loss of habitat due to changing agricultural practices and succession.
The wintering population of these birds can become highly concentrated at certain favored roosting sites. A single "successful" poisoning event of a large flock of roosting birds could significantly reduce the world population of Dickcissel.
Formerly common in farming regions of the eastern states, especially on the Atlantic coastal plain, the Dickcissel disappeared from that region by the middle of the last century and is now most numerous in the Midwest. It appears in small numbers on the East Coast during the fall migration and rarely but regularly in winter at feeders, often with House Sparrows.
Because of the damage these birds cause to local farmers in their wintering ground, the Venezuelan Audubon is working in conjunction with local grain farmers and with the US Fish and Game in a monitoring program of the night flights of the dickcissel. These birds have a distinct call that they sing while in flight. These calls make locating and recording them relatively easy and flock sizes can be monitored.
What Can You Do?
Audubon's Important Bird Area program is a vital tool for the conservation of Dickcissel as well as other species. To learn more about the Important Bird Areas program and how you can help, visit: . http://www.audubon.org/bird/iba/.
To learn more about the Dickcissel Night Flight Call Monitoring project in south Texas, visit:
http://www.oldbird.org/index.htm. 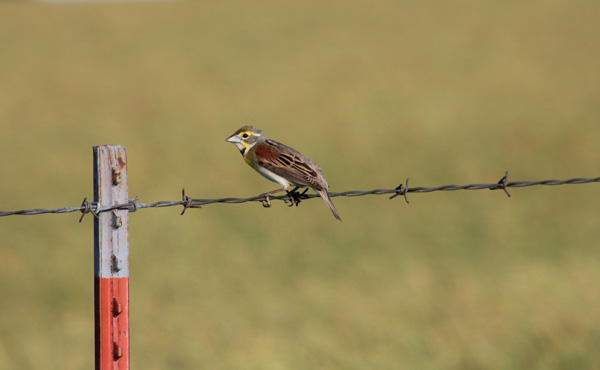 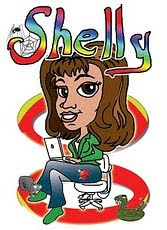